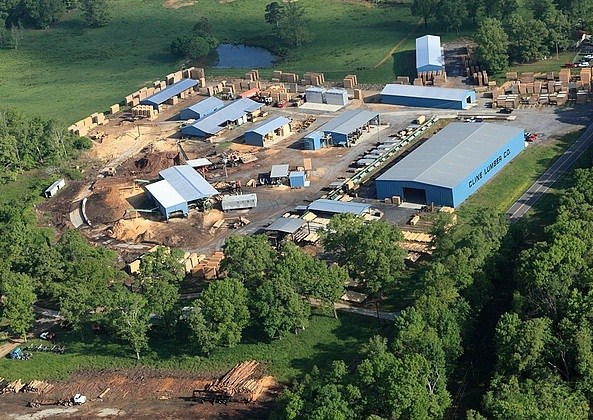 W. D. Cline & Sons Lumber Co. Inc. is locally owned and operated by Conrad Cline and his brother Brian Cline. Cline Lumber was founded in the early 1960’s by their grandfather William “W.D.” Cline. In 1967, W.D. and his two sons established the lumber company at its current location in North Dalton.

In 1978 after graduating high school, Conrad bought out his uncle’s share of the company. Then in 1984 after Brian graduated high school and W. D. was ready to retire, Brian bought out his share. From 1984 thru 2000 the family company was ran by Homer Cline and his two sons Conrad & Brian.

In 2000 Homer retired and sold his share to Conrad and Brian. As the business was passed down from generation to generation the name and service has remained the same.

Conrad largely oversees the sawmill operations and Brian operates and supervises the planer mill. As the company has grown, we have added new equipment over the years to help us serve the community even better.